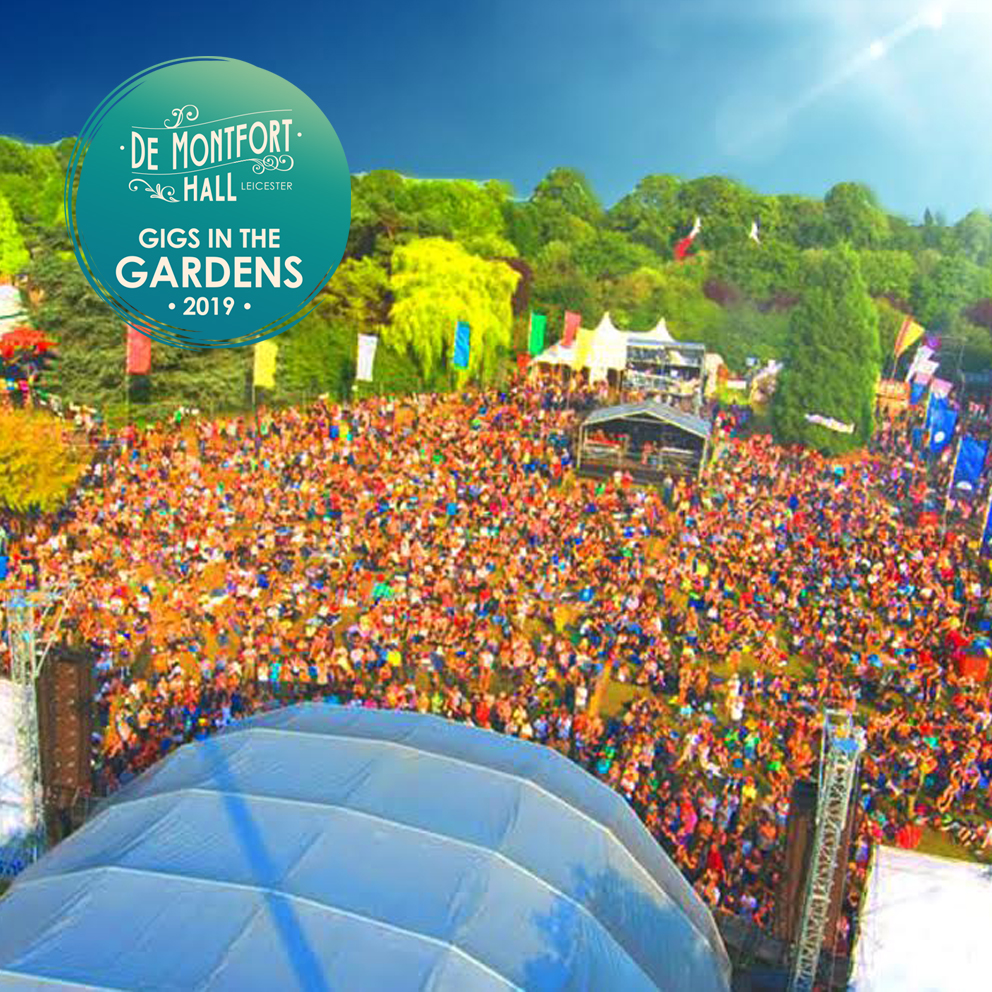 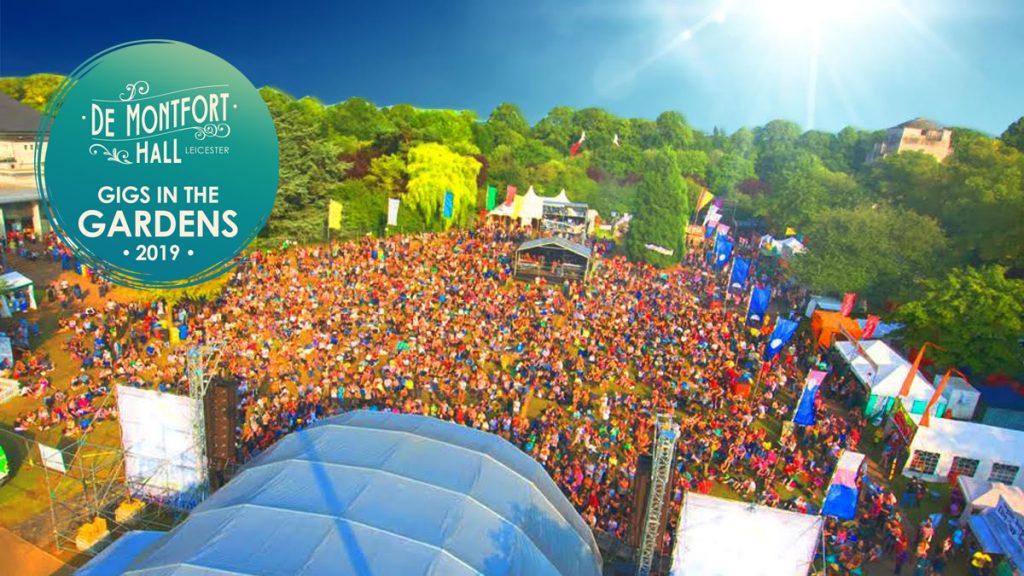 Media Board International are proud to be able to announce their latest project; working in partnership with Leicester City Council and De Montfort Hall for the first time to bring a vibrant, exciting and entertaining project to the city.

After the massive success and buzz Media Board caused around the city by hosting projects headlined by superstars Drake, Sean Paul and DJ EZ; we thought it was only fair to recreate that, on a much larger scale.Our Gigs in the Gardens project will see us at Media Board collaborate with the City Council and De Montfort Hall. 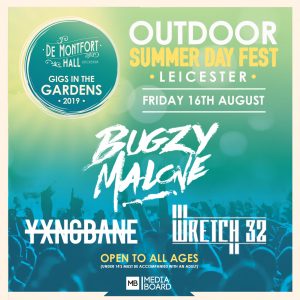 The latter’s impressive outdoor infrastructure improvements provide a newly designed performing space with room for up to 6,000 spectators. This will be celebrated in all its glory by hosting some of the best music talent in the industry.

De Montfort Hall General Manager, Antony Flint said: “These are exactly the sort of larger scale events that we’ve been aiming to bring to Leicester for some years now, so I’m really pleased that all our planning and work has started to pay off.”

The ultimate goal of the cooperative project will unite the city through the medium of music, as well as increasing business for local traders within the city.

Starting on August 16, leading UK grime artist, Bugzy Malone will take to the stage in what will be the first open air concert at De Montfort Hall.

Malone’s debut album ‘Walk with Me’ peaked at number two on the UK iTunes album chart and has had millions of hits on each of his Youtube videos. His influential mark on the UK grime scene helped dub him ‘The Evil Genius.’

The opening Friday slot will see Bugzy joined by Yxng Bane, who came through the ranks to achieve millions of views for his dancehall- fused rap and R&B music.

The first night will be topped off with an exciting performance by Wretch 32. The North London chart topping grime artist has had impressive hits with tracks like Don’t Go.

The event will also have outside bars, food stalls, plenty of viewing space alongside this massive festival production.

So even if the weather isn’t promised, you are guaranteed the ultimate summer festival experience at Leicester’s largest outdoor music event.

Tickets are now on sale for Gigs in the Garden, available at demontforthall.co.uk.

The opening show tickets are priced at £38.50 if bought in advance.

With interest on the official Facebook page already surpassing 5,000 for the opening show are sure to sell out soon- so be sure to get yours before they are gone!

The rest of the Gigs in the Garden will not disappoint. Over the two weeks major bands and artists such as The Kaiser Chiefs, Busted, Professor Green, The Vaccines, Years &Years and Scouting for Girls will all be performing.

As well as showcasing some of the UK’s most prolific artists, up and coming performers will have the chance to present their talents to the city.

The ‘BBC Music introducing’ slot on August 25 will show off some of the best fresh talent in the East Midlands.

Don’t forget to like our events page on Facebook (Outdoor Summer Day Fest- Leicester) for event updates, including line up news and announcements.