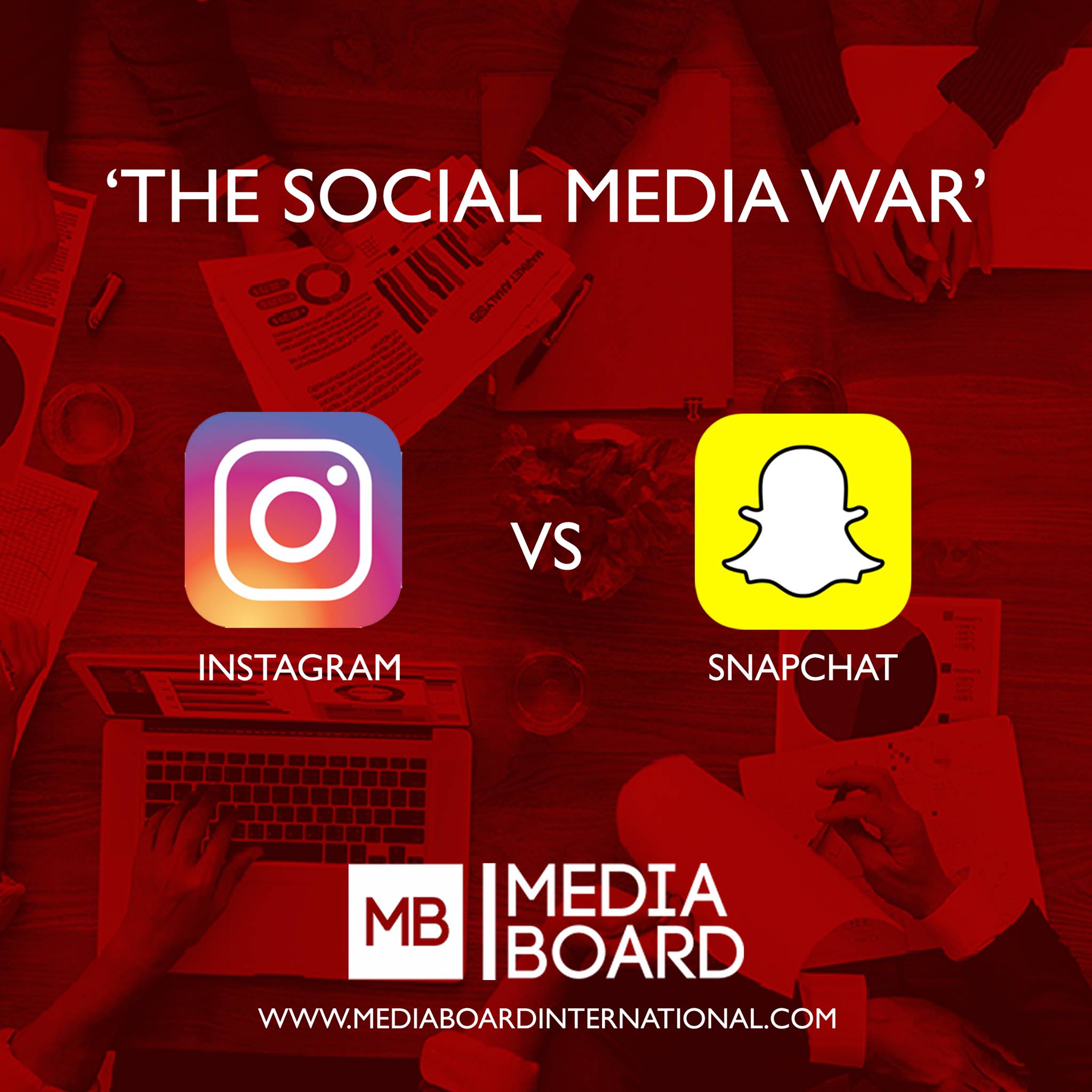 A new  ‘Social Media War’ has begun, Instagram vs Snapchat! Our social media team and many influencers worldwide have been discussing and analysing the latest battle between todays social media giants.

Could we be re-living a demonstration of Instagram’s move against ‘Vine’ in 2013? The introduction of 15-second video clips hit ‘Vine’ hard, diluting their unique selling point. Will the same strategy be successful against ‘Snapchat’? Only time will tell.

Reactions so far have been negative against Instagram. However, people are always resistant to change initially,  after a while we will all get used to it.

On a statistics front, we think ‘Instagram Stories’ will take the lead because of simplicity, instead of switching between two apps you can have both functionalities on one without the need of installing or adding anything extra.

Who do you think will win this ‘Social Media War’? Let us know your thoughts in the comments section.

More posts by Media Board International