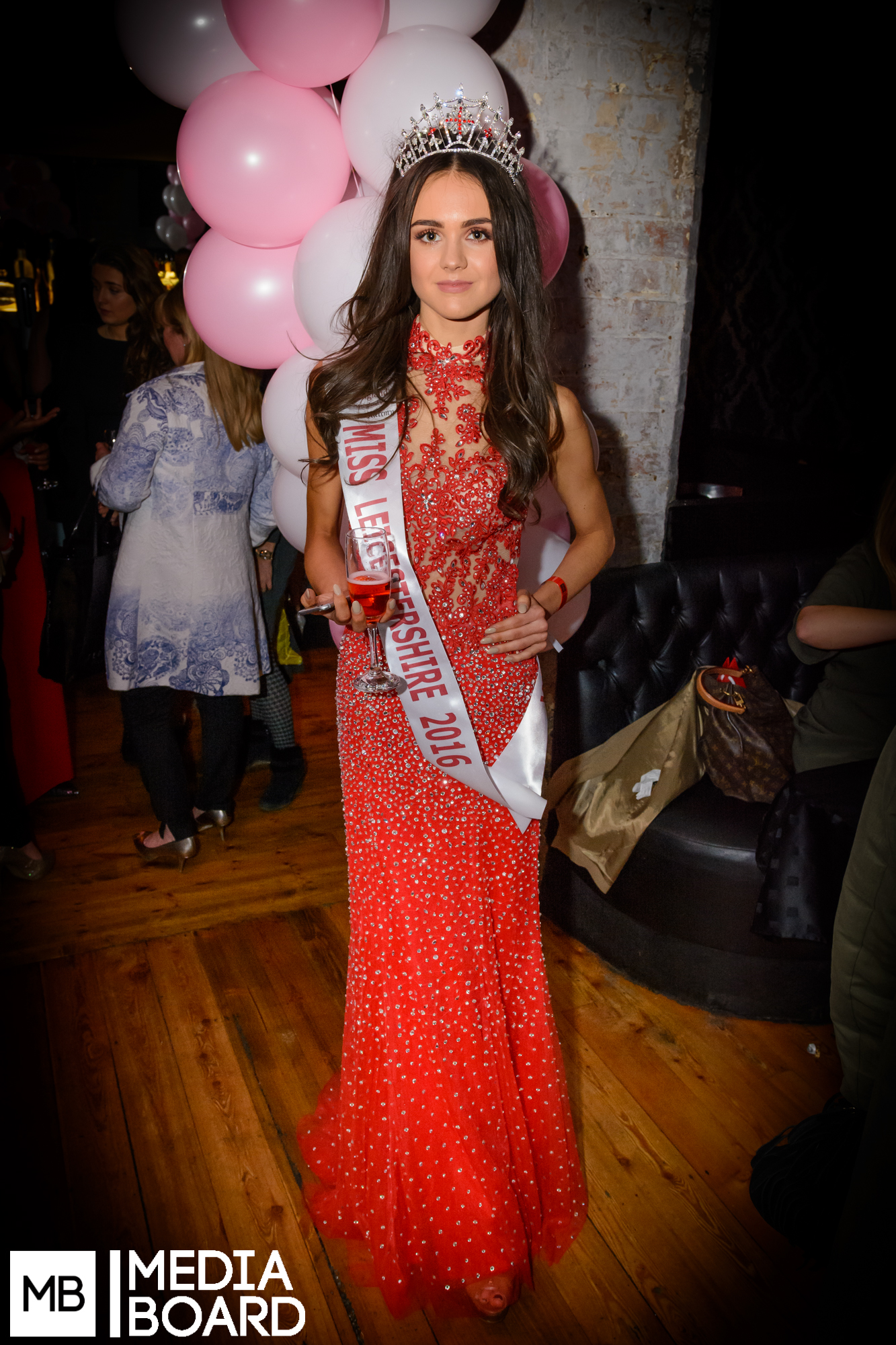 Media Board International had the honour of hosting the official sold out after party for Miss Leicestershire 2016 on Thursday 17th March.

Following an exciting competition to find the latest Miss and Mr Leicestershire, which was filled with glamour, Media Board ensured the celebrations continued by putting on a party perfect for A-listers at Fat Cat Cafe Bar.

Megan, who was also named as Charity Queen after raising £650 for Hope Against Cancer, the chosen charity the event was proud to support this year. Miss Elliot will now represent Leicestershire in the Miss England Grand Final in Southport, later this year.

The night was filled with great entertainment, music and a fantastic turn out of people. Media Board were thrilled how quickly tickets sold out. All this resulted in the perfect party atmosphere and everyone who was present agreed it was an event not to be missed!

Media Board would like to thank everyone who attended and made the official Miss Leicester after party a resounding success. A special thank you goes out to Angie Beasley, director of Miss England Beauty Pageant, who without none of this would have been possible.

Click here to see more Photo’s from the Afterparty